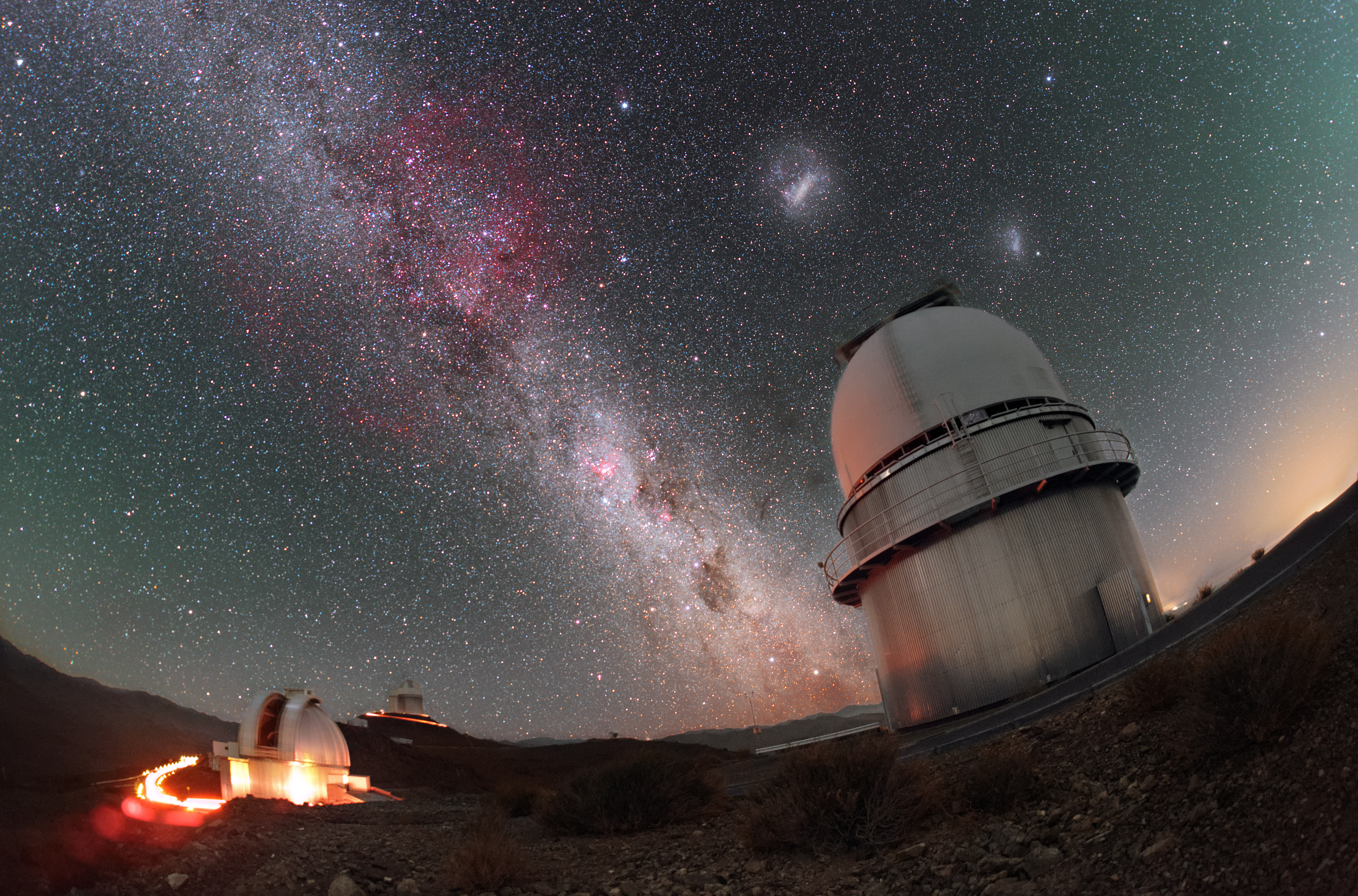 The Large and Small Magellanic Clouds float overhead the Danish 1.54-metre telescope in this long-exposure image from the La Silla Observatory in Chile. A duo of irregular dwarf galaxies, the Magellanic Clouds are easily visible from the southern hemisphere.

Rich in stars and interstellar gas and dust, the plane of the Milky Way glitters as it extends from behind the telescope. 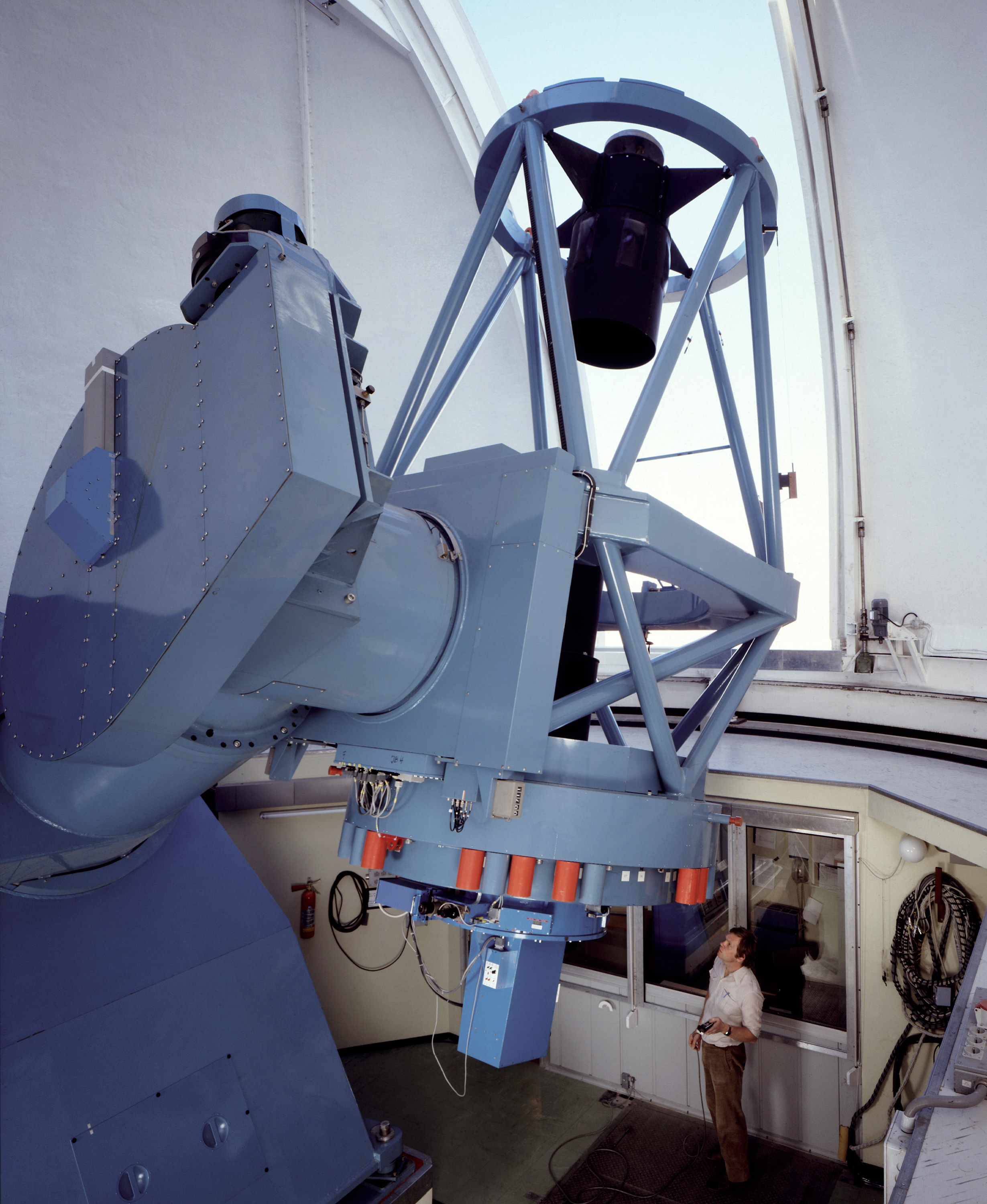 The Danish 1.54-metre telescope was built by Grubb-Parsons, and has been in use at La Silla since 1979. It is equipped with the Danish Faint Object Spectrograph and Camera (DFOSC) spectrograph/camera that is similar in concept and in layout to ESO's EFOSC2 attached to the ESO 3.6-metre telescope.

The telescope has been a real workhorse, and allowed astronomers to make several first. In 2005, thanks to the Danish 1.54-metre telescope astronomers showed that short, intense bursts of gamma-ray emission most likely originate from the violent collision of two merging neutron stars, ending a long debate. While in 2006, astronomers using a network of telescopes scattered across the globe, including the Danish telescope, discovered an exoplanet only about 5 times as massive as the Earth, and circling its parent star in about 10 years. It was the smallest at the time and the first rocky exoplanet discovered. 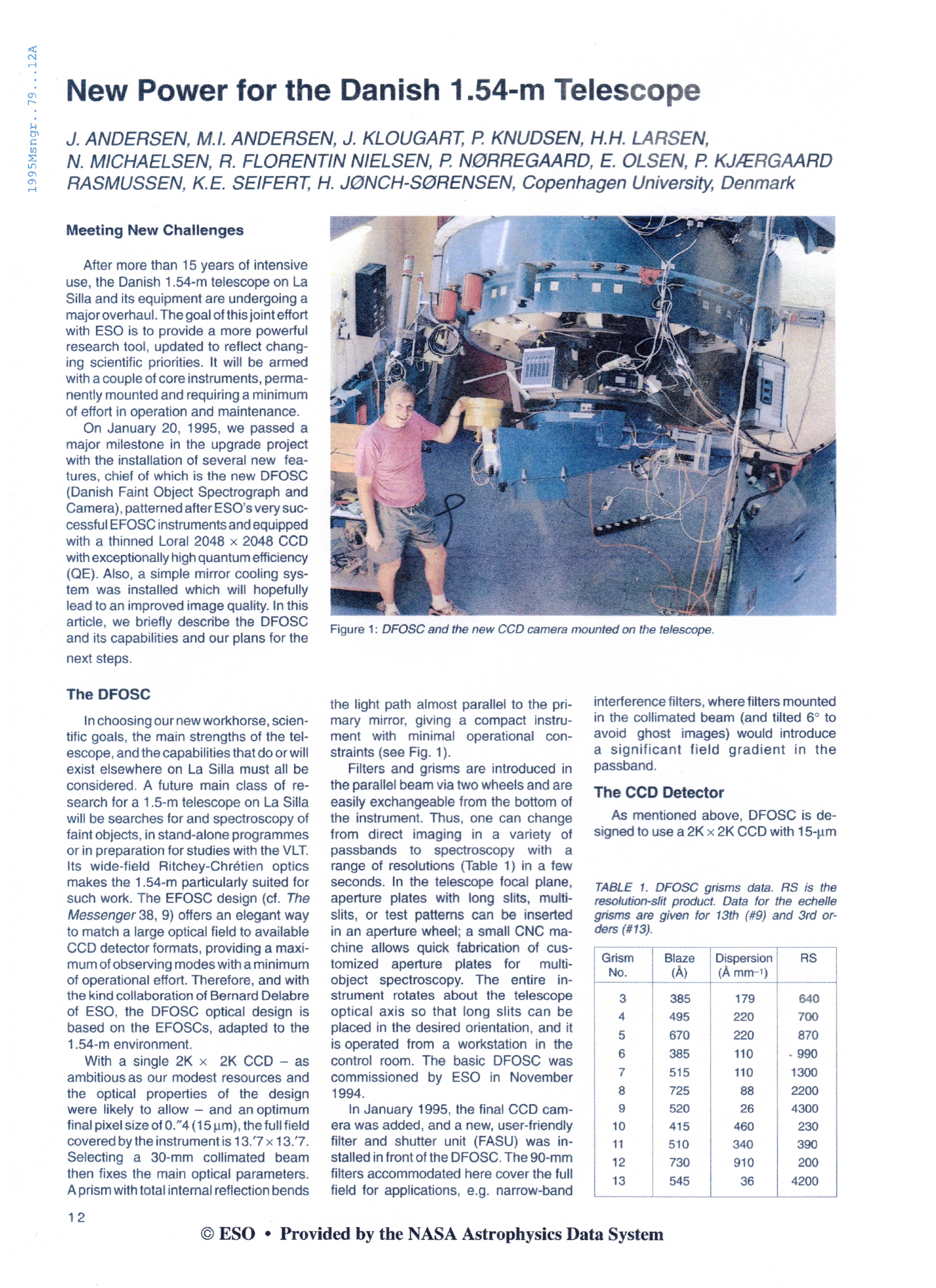 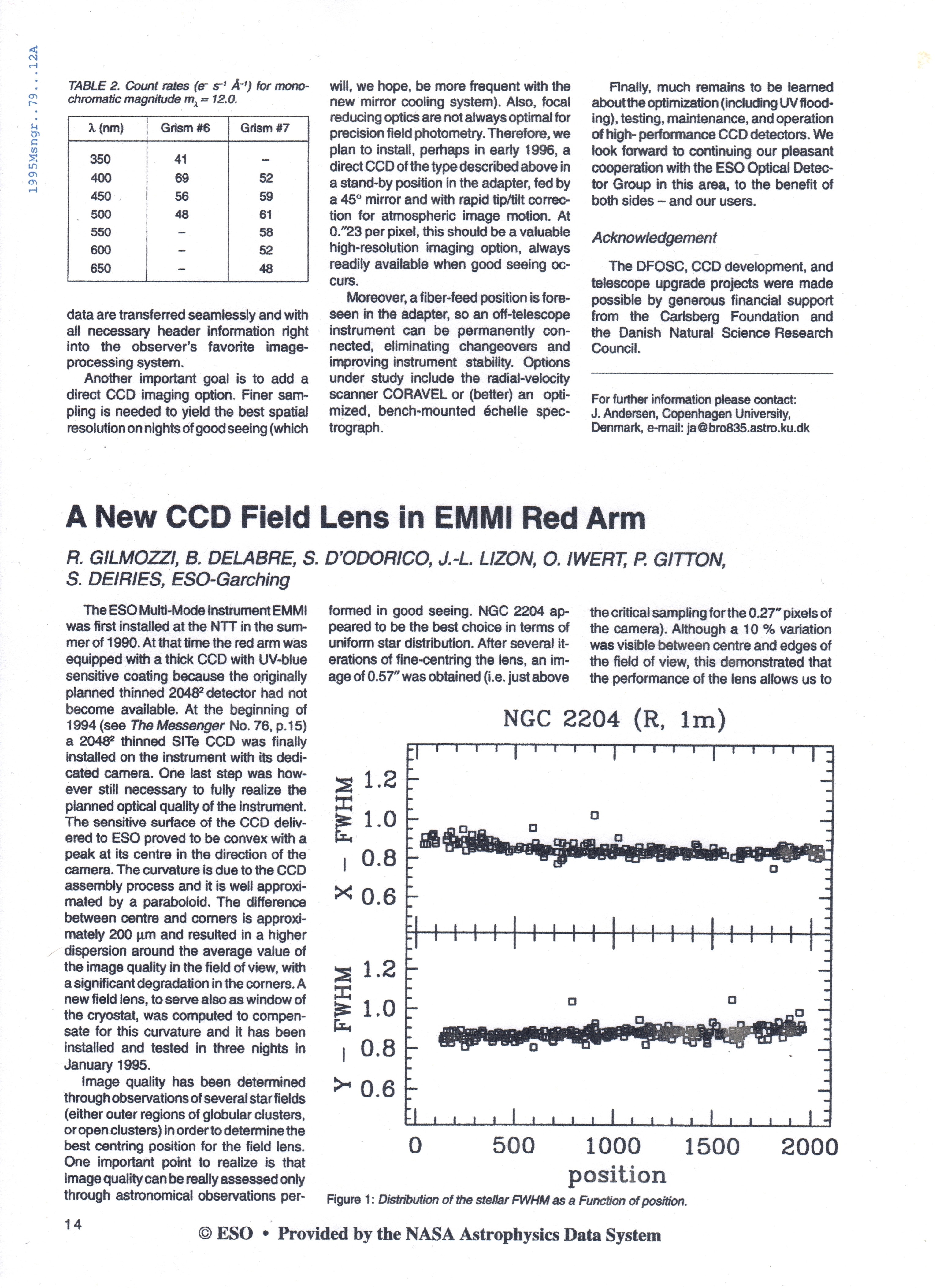